Premise- Host Billy Eichener engages random pedestrians on the street in a three-round pop culture quiz game for cash and prizes. During the game, the contestants can ask for help by either “begging a stranger” or by tweeting one of Billy’s followers asking them for help. The final round is subjective and the contestant’s answer has to match the host’s answer in order for the contestants to win bonus cash. Other trivia games that are played on the show include the “Lightning Round” , where Billy asks random people one question for $1, “Are You Smarter Than A Gay Fifth Grader”, which is simply a showdown speed round between two players, and “Sho’ Nuff or Oh No He Didn’t”, a 30-second true or false game. 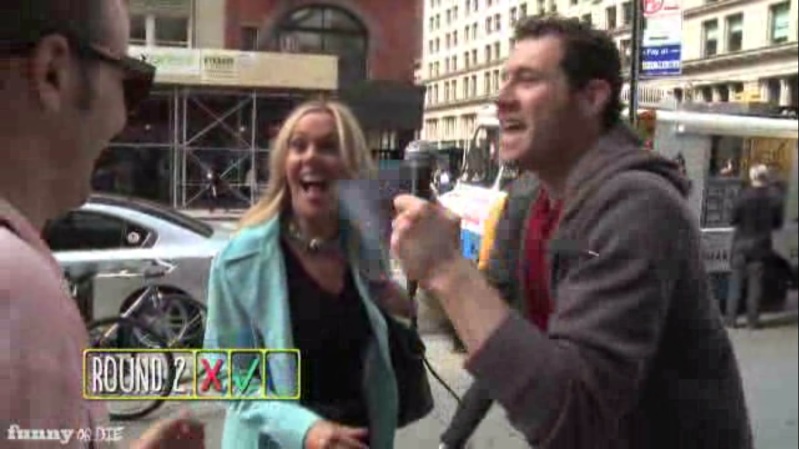 Numerous game shows today are modeled after the Cash Cab ambush format in order to copy the success Cash Cab has had in the past six years, and Funny or Die’s Billy On The Street is no different. With that being said, Funny or Die’s Billy On The Streetis game show worth checking out with its fast-paced and comical gameplay. The games are fun to play (even though they are just simple “Q and A” sessions) and the subjective questions are also a nice touch for the show to make it more challenging and entertaining. This show reminds me of a Chuck Barris game show in terms of the show’s light-heartedness and focus on comedy. Billy Eichner is a good host with more than enough energy needed for the show and always strives to keep his contestants entertained and amused throughout each show. He also does an excellent job of doing his comedy routine while keeping each game going at a consistent pace. 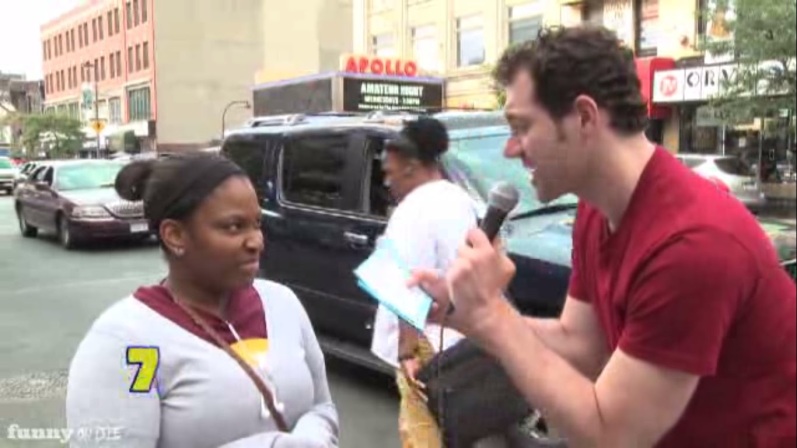 Overall, even though Funnyor Die’s Billy On The Street is just another Cash Cab rip-off, this is a great and funny show to watch. Billy Eichner’s comical and often unpredictable hosting style is what makes this show great. The pop culture trivia is challenging and so is the gameplay, and the contestants look like they are having fun (and a little confused) while playing the different games on the show.