On August 5, 2011, LATimes.com confirmed the cancellation of FOX’s Million Dollar Money Drop and I was surprised to see the U.S. adaptation of the hit U.K. series leave so soon. This news inspired me to dedicate this week’s article to game shows that were wrongfully cancelled sooner than they should have been. 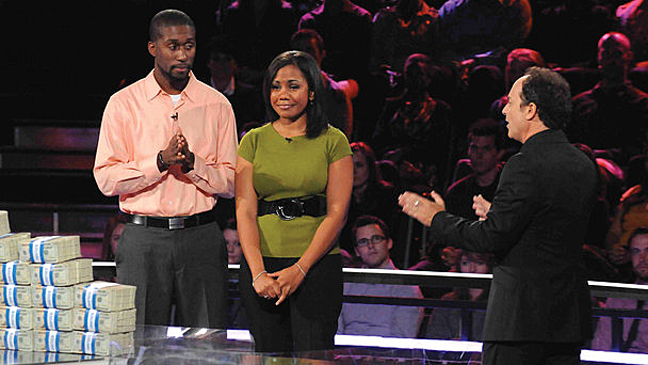 The first prematurely cancelled show on this week’s list is FOX’s Million Dollar Money Drop. As you may have recalled on this show, one couple had to answer a total of seven questions while betting $1,000,000 in cash on what they believe the correct answer is, and if they answered all seven questions correctly, they won the cash leftover from their game. Otherwise, the couple left with nothing. This show was based on the original U.K. version of the show The Million Pound Drop and has proven to be a success in the U.K. as the show will enter its fifth season this fall. However, the U.S. version did not do well as Million Dollar Money Drop only lasted for twelve episodes due to low ratings. I’m not going to lie, I am a little bit upset that Million Dollar Money Drop was not renewed for a second season. Even though the show had problems that could have been easily fixed, such as the live online game play during the show and the pace of games, this was still a good show to watch and fun to play along as well. There is one more reason why this show should be renewed: Okoye and Brittany Mayti. On the show’s premiere episode, the couple was asked “Which of these was sold first?: Macintosh Computer, Sony Walkman, or Post-It Notes”. Long story short, the couple lost $800,000 by betting that the right answer was Post-It Notes, which was originally the wrong answer. It was later discovered that Post-It Notes was the correct answer. As a result, Jeff Apploff, the show’s executive producer, released this statement to E! on December 23 of last year: “Unfortunately, the information our research department originally obtained from 3M regarding when Post-it notes were first sold was incomplete. As a result of new information we have received from 3M, we feel it is only fair to give our contestants, Gabe and Brittany, another shot to play Million Dollar Money Drop even though this question was not the deciding question in their game. We would like to extend our sincere thanks to the viewers who brought this to our attention, and we’re thrilled to give Gabe and Brittany the opportunity to return to play the game.” Now that the show has been cancelled, we will never know how Gabe and Brittany will fare on their second try. 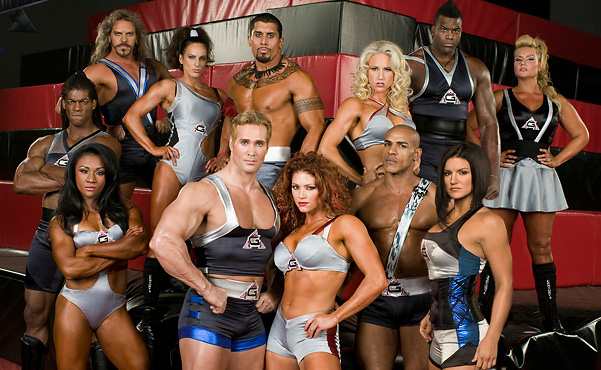 In 2008, NBC revived a classic 1990’s game show which pit civilian contestants against muscle-bound bodybuilders in a series of athletic events called American Gladiators. In this NBC version, the network spared no expense to make this version even more exciting and more challenging than the original version by updating some of the classic events such as Skytrack, Powerball, The Wall, and The Eliminator, bringing in a new generation of “gladiators” and spunkier contestants, and a grand prize of $100,000 in cash and a 2008 Toyota Sequoia. The hosts for this version were former professional boxer Laila Ali and former WWE wrestler Hulk Hogan. This duo had the perfect energy and excitement level for an adrenaline-pumping show as American Gladiators was. While the original series lasted for seven seasons, the NBC revival only lasted for a measly two seasons. During the first season, the series proved to be a keeper averaging about 8 to 10 million viewers per episode, while the second season did not fare as well averaging about 5 million viewers a night. The only problem I had with the show was how the viewers were unable to see some of the events that were played during each show due to the lack of time. Other than that, this was as awesome show to watch and I’m sorry to see it leave so soon. I can see American Gladiators lasting for at least two seasons more, being paired with the popular reality talent show America’s Got Talent and giving ABC a run for their money by placing it in the same time slot with Wipeout. Currently, WGN and MTV 2 are airing reruns of NBC’s American Gladiators. Although, I am a little surprised that GSN hasn’t aired reruns of this show since the network has aired reruns of other NBC game shows such as Twenty-One, 1 vs. 100, and Deal or No Deal. 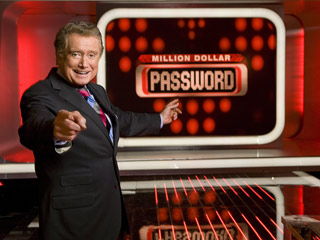 In 2008, CBS tried to recreate the success of the classic game show Password with a million-dollar version of the series called Million Dollar Password. Like every other version of Password, this one also featured two celebrities and two contestants each playing for the right to play the Million Dollar Password bonus round with the celebrity teammate they played the best with. Even with former Millionaire host Regis Philbin at the helm, this version lasted for only twelve episodes and two seasons. CBS did a pretty good job reviving Password, maintaining the series’ classic gameplay premise while adding an “enriching” twist to make the show more exciting and challenging. The show pulled an average of 9 million viewers per episode, but ultimately met its demise because it was too challenging today’s younger audience. Betty White, a Password veteran, gave the best explanation to why Password isn’t as popular today compared to the previous versions during her guest appearance on The View. It’s a shame that a good game show such as Million Dollar Password went to waste because of today’s audience lack of focus. GSN is currently airing reruns of Million Dollar Password during the weekends. 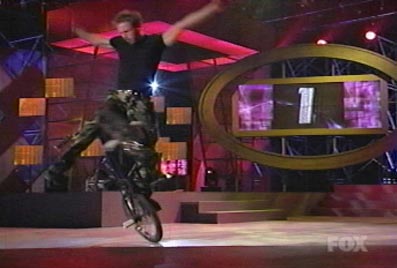 Whammy! The All New Press Your Luck 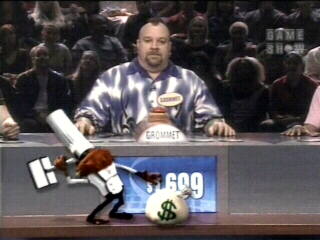 GSN revived the classic high stakes, high risk 1980’s game show Press Your Luck with a brand new version of theirs in 2002. Family Game Night host Todd Newton was the host of this show which had new features including the Double Whammy, the Suzuki car key, and the Big Bank. Whammy! may not have been as exciting and intense as some of the barnburners on Press Your Luck, but it was still fun to watch nonetheless. This version only ran for two seasons and I believe that this show should have lasted at least one season more to squeeze in a few more special episodes (celebrity specials, holiday specials, etc.) and one more tournament of champions, which was interesting to watch. Reruns of Whammy! are currently airing on GSN weekend mornings at 9:30am.

The last show on this week’s list of wrongfully cancelled game shows is Downfall. Downfall was a 2010 ABC summer game show which took place on a ten-story building in Los Angeles. The contestants on the show had to answer questions quickly enough to keep their cash and prizes from flying off the edge of the building via conveyor belt for a grand prize of $1,000,000. One incorrect answer too many dropped the contestant from the ten-story building. This short-lived game show had everything needed for a good primetime show: challenging gameplay, suspense, cool prizes, a $1,000,000 grand prize, excitement, a good host, and an interesting twist. What was the show’s ultimate downfall?: The wave of complaints by viewers concerning the destruction of the prizes. Because America was (and still is) in a recession, many viewers were offended by the barrage of items being dropped and destroyed on the show, ignoring the fact that the show constantly added a disclaimer that “all prizes destroyed on Downfall are facsimiles or replicas of the real prizes”. Also, in a way, ABC contradicted themselves by pushing their Go Green initiative while producing this show. What annoyed me most about the viewers complaining about the show was that the people were more concerned about the destruction of the props rather than the contestants’ safety. In my opinion, I thought Downfall was a great summer trivia game show that should have lasted for at least one or two seasons more. This show was fun to play-along and often times suspenseful to watch. Also, WWE Alumni wrestler Chris Jericho did a good job hosting the show. However, the ratings said otherwise as the show averaged a dismal 4 million viewers per episode and lasted for only five episodes instead of six because of the lack of resources needed to make a sixth episode. Check out the premiere episode shown below to judge for yourself.

**All screenshots have been taken from the actual episodes of the title shows above. No ownership is implied.**