Premise- Each of the two teams competing are presented with Lingo card filled with 25 numbers, with ten numbers already marked off. Each team selects one free Lingo ball to fill one of the numbers on their board. The team who draws the higher number ball gets to play the first word. The team will be given a clue and will have five chances to guess the mystery five-letter word. If the team guesses the word correctly, they will be awarded the cash value from the round and gets to pick two Lingo balls from the ball rack. In each team’s ball rack contain 15 numbered balls which represents the numbers on their Lingo board, three stoppers (the team loses control to their opponents), a mystery ball (the team can choose any number off their board; sometimes called the Progressive ball), and a prize ball (the team will win a pair of prizes to keep, regardless of the outcome of the game).  If the team is unable to guess the word in five guesses, give a word that is not in the dictionary, or run out of time trying to guess the word, the other team will have a chance to guess the word with an extra bonus letter given to them. If the other team fails to guess the word in one guess, the word is thrown out. If a team gets a Lingo, they would be awarded the same value for a word in the round. In round one, the words and Lingos are worth $100, $200 in round, and $500 in round three. Additionally, three words are played in round one, four words are played in round two, and three words are played in round three. The team with the most money in their “Lingo Bank” at the end of round three wins the game, keeps their money, and gets to play in the Bonus Lingo  Round. In Bonus Lingo, the winning team has 90 seconds to solve five bonus words. No bonus letters or clues will be given to the team except for the two free letters they are given for each word. In some episodes, an extra “progressive” letter (Sponsored by Progressive Auto Insurance) will appear as well as the two bonus letters in the first word. Each correct word the team solves in Bonus Lingo doubles the money they won in the front game. If the team can solve five words in 90 seconds, they will win $100,000 on top of the cash they won in the front game.

Before I begin my review, you can check out the back story and history of Lingo, GSN’s most successful original game show, and some of the big money moments from the show throughout the years in last week’s article by clicking here. 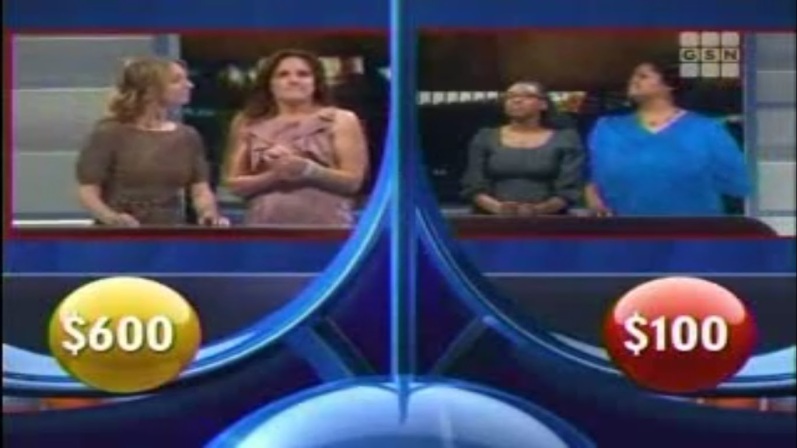 When I first saw the promo for the new season of Lingo, I noticed that they changed the show’s format to suit a younger generation. From the new set, to the rule changes, and even down to the new host, GSN has revamped this show to make it livelier and more entertaining to watch than the Woolery version. The Woolery version worked well while it lasted, but the format was starting to run its course and was beginning to get stale during the fifth season. With this being said, the changes made to the show were much needed. Hiring Bill Engvall as the new host of Lingo was a decent move on GSN’s part. Bill Engvall is doing a great job hosting the show as he is more engaging with the contestants and strives to make them feel comfortable and less nervous on the show through his witty jokes and even allowing some of the teams to showcase some of their talents on-stage, like the team of Christine and Tamara on Wednesday’s episode displaying their self-defense techniques. It’s interesting that Lingo made the same transition as The Price Is Right did, in terms of switching from a veteran host to a young host, because today’s younger viewers wouldn’t enjoy Chuck Woolery’s presence as the host as much as the older viewers or game show enthusiasts would.

While there are many things I like about this show, such as the inclusion of prize balls and the live studio audience, the cash payouts in the front game, the $100,000 top prize, and the new set in general, there are a lot of problems that I have with the new Lingo. The first problem I have with the show is the use of the show’s time. The Lingo front game was meant to be played in two rounds with enough time to play full Bonus Lingo Round. With the addition of a third round in the front game, I feel like the games are rushed and we only see on one aspect of the game (being the five-letter word portion) being played throughout the show. It’s like the “bingo” portion of the game doesn’t even matter anymore because the value of a Lingo is the now the same value of solving a word, the number of times we would actually see a Lingo is once or twice per game now (Woolery version= average of 3 during the course the game), the camera shots are not focused enough on the contestants drawing the balls and marking them off on the board for a decent amount of time and the new Bonus Lingo round isn’t even played in full because there’s not enough time for a team to try to get another Lingo with a bonus board. Furthermore, it doesn’t help that the games are being prolonged with the clues now attached to each word and the contestants wasting too much time in thinking about the clue while trying to solve the word, which usually results in a team making up some ludicrous, made-up word and making fools of themselves on television in the process. The only reason why I like the clues on Lingo on because it reminds me of the 1980’s game show Scrabble and makes me feel a little bit nostalgic. Other than that, I see no reason why the show should use clues at all to make an already simple game easier. Another reason why I don’t like the clues because many of them lead to too many stupid sex jokes, unnecessary innuendos and contestants giving inappropriate, immature, and sometimes just downright stupid answers (like “B****” and “D****”, as I have seen on two shows already; this is GSN, not HBO). However, it does seem like the contestants are having fun on the show, which is important. 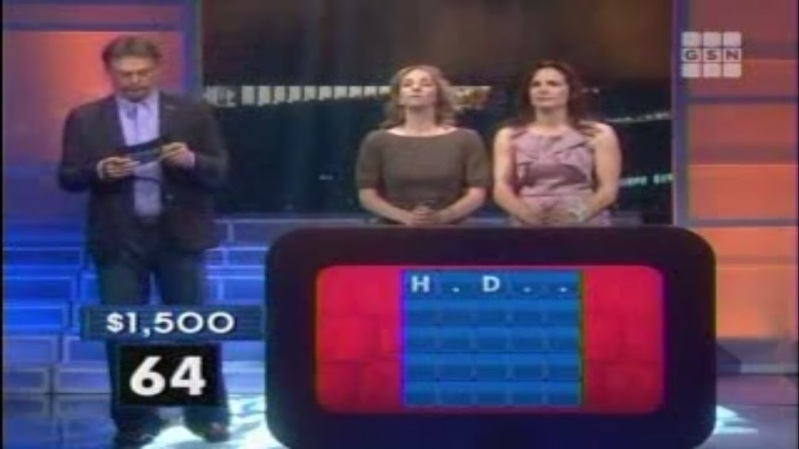 As for the set, I like the new sleek set design for the show with the inclusion of the live studio audience and the big screen to display the Lingo boards and words. The only major problem I have with the set is the removal of the ball hopper in place for the ball rack. In my opinion, I think that removing the ball hopper takes away from the game a little bit and, personally, I think the ball rack looks kind of ridiculous, but I guess it will take some getting used to. On a quick side note, it is very interesting that GSN decided to run the episode with the show’s first $100,000 winners so early in season. I say this because according to one of Buzzerblog’s article, this episode was 30th show taped out of the 40 GSN is planning to air. Some of the other minor problems I have with the show are the host not recapping the scores constantly after a team picks their Lingo balls and the host doesn’t always explain all the rules in the game, as in forgetting to mention all of the non-numbered balls (mystery, stopper, and prize balls) in each team’s rack.

Overall, I’m glad GSN decided to bring back Lingo. Even though this version mainly focuses on the words rather than the dual-aspect of the words and Lingo boards, this is still a decent show to watch. If you are still a fan of Lingo with Chuck Woolery, the Engvall version will take some getting used to. It’s been a week since the revival has aired, and I’m still trying to accept the changes in the new format.

Watch Lingo Weekdays at 8:00pm EST on GSN!
**All screenshots have been taken from the actual episodes of Lingo. No ownership is implied.**