This marks the second time in the cable network’s 26-year history that Game Show Network has revived a series from its own library of original programming. Their first revival aired about nine years ago with the 2011 Bill Engvall reboot of Lingo in an attempt to replicate the success of the show’s original five-season run from 2002-2007. Despite the blue-collar comedian serving as a respectable host of the 2011 version, the one-season revival was disappointing and unnecessarily dumbed-down, considering the format was already easy and simple enough for anyone to play. While that particular Game Show Network revival did too much and ruined a perfectly solid format in the process, I believe the 2019 return of Catch 21 fell short and may have done too little. Catch 21 in 2019: Like being dealt a 3 when you’ve doubled down on an Ace, you’ll be disappointed after having high expectations

Co-produced by Merrill Heatter, who was also one of the creative minds behind Catch 21‘s 1970s predecessor Gambit, this iteration of the series retains its original host Alfonso Ribeiro while making several minor changes to the game play. Some of these alterations include eliminating points for correct answers and winning hands and awarding a bonus prize for the first contestant to “Catch 21” exactly in the front game. Similar to blackjack, the goal of Catch 21 is for three contestants to try and build the highest-scoring hand without going over 21 by answering toss-up questions correctly. The two contestants with the best hands (or whoever wins the second round high-card tiebreaker) in the first two rounds advances to the head-to-head third round for $1,000 and a trip to the bonus round. In the end game, the day’s champion has a chance to increase their winnings to either $2,500, $5,000 or $25,000 if they can successfully build three hands that exactly score 21. 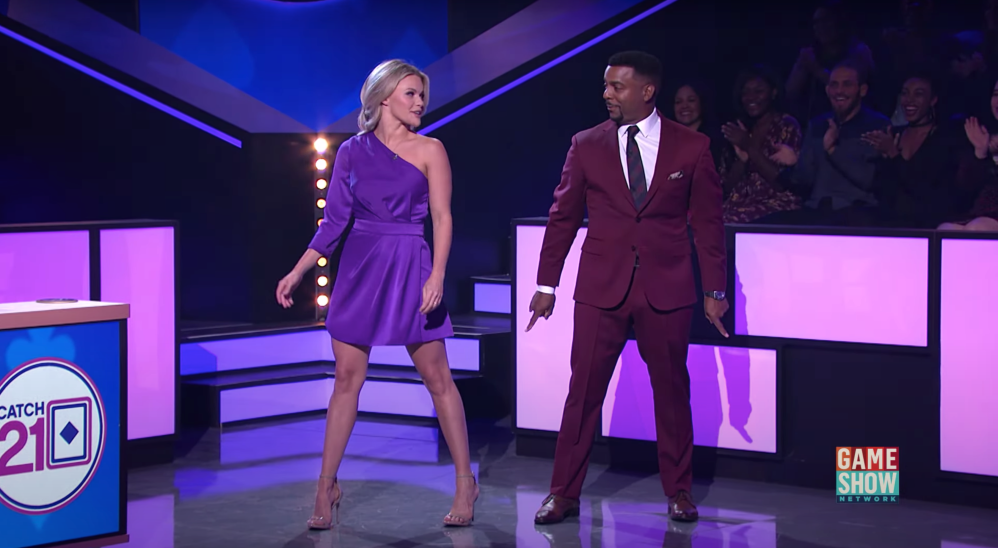 The two larger changes in the show are the set design and Ribeiro’s new co-host Witney Carson. The stage is sharply designed more like a high-scale Vegas nightclub lounge in this series, marking the first time we’re seeing casino elements incorporated within Catch 21’s set, accompanied with jazzier and smoother theme music. Moving on to the new co-host, Carson is a smart choice to serve as the show’s dealer given her and Ribeiro’s established chemistry as Dancing With The Stars partners and champions. However, I did enjoy the rapport between Ribeiro and former Catch 21 dealer Mikki Padilla more, along with her enthusiastic reactions whenever she would reveal card that gives a player blackjack. 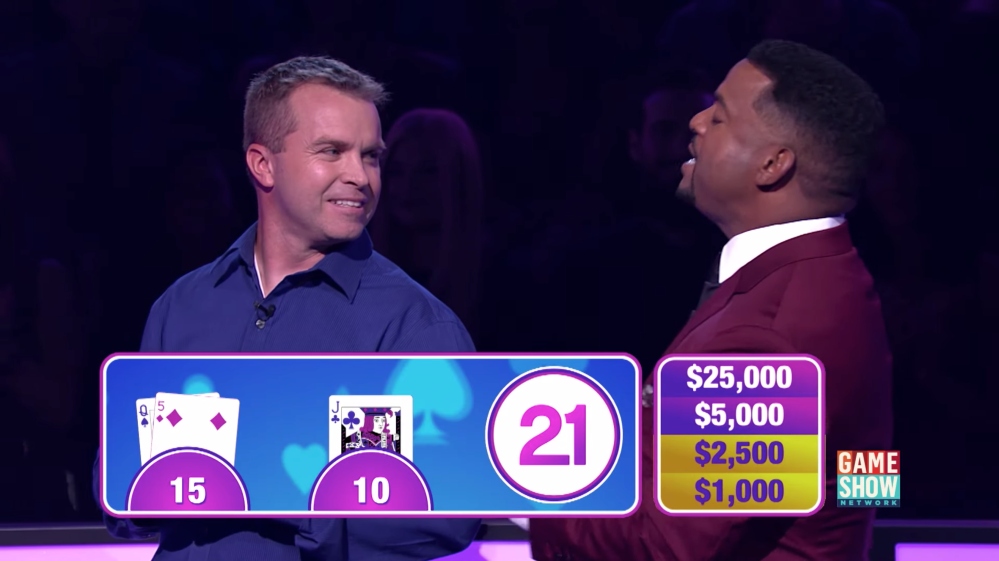 The only issues I have with the reboot are the show’s noticeably subdued studio audience and general atmosphere and the reformatted front game. Based on the odd arrangement of the main game, it seems like the show would have been better off emulating Top Card’s format and simply let the first round winner a bye into the third round rather than pointlessly allow the winner to play an extra round that doesn’t give a them any meaningful advantage in that portion of the game overall if they were to win that round. The show’s original point format made the game significantly more competitive and the producers should have left that system unchanged.

Overall, while I do enjoy watching Catch 21 and appreciate the attempt by Game Show Network to revive this show, this version is disappointingly bereft of the vim, vigor and vitality it displayed in the last few seasons of the show’s original run.

Prediction: Although it’s been picked up for a second season, this show will fold before a third arises.