Happy (almost) new year, everyone! In honor of the arrival of 2012, this week’s article is dedicated to the top ten most memorable and unforgettable game show moments of 2011. Out of the hundreds episodes of game shows from around the world, these record-breaking, history-making, and unexpected moments stood out the most. So enjoy the last article this year from “The Blog Is Right” and check out the list of the “Top Ten Most Memorable Game Show Moments of 2011”. Enjoy!

Kicking off the countdown list at number ten is a moment that comes from the U.K. trivia game show The Chase. The show’s host, Bradley Walsh, often has his moments where he breaks down in an uncontrollable fit of laughter due to the phrasing of a question, a funny answer, or a contestant’s comment. But in this instance, Bradley just completely loses it and even has the Chaser, Anne Hegerty, laughing a little bit. 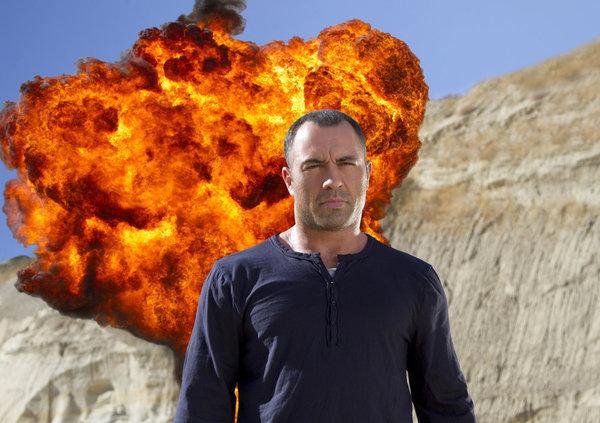 In 2001, NBC revolutionized the reality show world with the premiere of Fear Factor. Fear Factor was a show that put the contestants’ physical and mental abilities to the ultimate test by competing in high-flying, action-packed, and stomach-churning events. This show took the nation by storm for five years by continually bringing in good ratings, airing multiple specials including three tournament of champions and a million-dollar show, and eventually became the first reality show to be syndicated. After the series was cancelled in 2006, an NBC Universal-owned channel called Chiller continued to air reruns of Fear Factor on Saturday nights. Due to the increasing ratings the reruns received on Chiller, Comcast reported that NBC would give the show a second chance and revive the series. On December 12, 2011, Fear Factor returned and kept Joe Rogan as the host. The stunts in the revival series are more extreme and disgusting than ever before.

Coming in at number eight in this week’s countdown is a “million-dollar” moment from the U.K. live game show The Million Pound Drop. On December 7, 2011, something bizarre and rare happens on this episode that has never happen in the show’s history: a back-to-back million-pound loss on the first question. Check out this unforgettable moment in the clip below:

This moment is another “million-dollar” moment, but instead of someone losing a million dollars, one country’s version of a popular quiz show crowned their first million-dollar winner. On October 26, 2011, BBC News reported that the Indian version of Millionaire had given away their five crore grand prize (equal to $1.1 million USD) for the first time in the show’s history to Sushil Kumar, a computer operator and tutor from the eastern state of Bihar. The interesting part about this moment is Slumdog Millionaire premiered in theaters everywhere three years before the Indian version of Millionaire crowned their first grand prize winner. Perhaps the movie was a glimpse into the future…

Throughout the past 40 years, The Price Is Right has celebrated April Fool’s Day by playing pranks on the contestants, host, and the models throughout the show, such as having them bid on broken or ridiculous prizes or parts of the set spontaneously break down. In the past, these special episodes contained only a few pranks. But on the April 1, 2011 episode of The Price Is Right, the show was filled with an endless number of humorous mishaps, mistakes, and malfunctions. Check out the clips below to find out why this moment is number six on this week’s countdown.

During the month of September 2010, Roger Craig, a ­­­­computer scientist from Newark, Delware, broke two Jeopardy! records for the highest one-day total ($77,000) and the highest five-game total for the first five games ($195,801). A season later, Craig returned to the show for the Jeopardy Tournament of Champions. A few weeks later during the two-day final round of the tournament, Craig not only won the $250,000 tournament prize, but also made Jeopardy history once again. He was the first contestant in the show’s history to reveal two Daily Doubles back-to-back in the Double Jeopardy round and broke the record for the largest Daily Double bet and win with his wager of $18,000. Check out Roger’s gutsy gameplay in the clip below.

This moment comes from the ABC game show Million Dollar Mind Game. On Million Dollar Mind Game, a team of six contestants have to answer a series of logic-based questions for a grand prize of $1,000,000. On a quick side note, some of you might be reading about this show for the very first time because ABC placed this show in one of the worst possible time slots, with NFL football games playing at the same time on two other networks. On the third episode of the series, a team of self-proclaimed video game geeks continue their climb to the million dollars. After the team answered the $600,000 question correctly, they had to vote in the upcoming voting round whether to stop playing the game and take the money or proceed to the final level. A few moments later, the votes were revealed and all the contestants voted to keep the money and walk away….except for one. Because of the one opposing vote, the team was forced to play the final question for $1,000,000 or nothing at all. The team would go on to answer the question wrong and lose $600,000 because of one person’s selfish, greedy, and ridiculous decision. The team’s heart-wrenching $600,000 loss is the most money lost at one time by a single group in American game show history. Click here to watch this unforgettable moment unfold.

On June 19, 2011, Pat Sajak and Alex Trebek were both honored at this year’s Daytime Emmy Awards with the Lifetime Achievement Award for their outstanding performance and dedication to hosting their long-running respective game shows. Pat Sajak has hosted Wheel of Fortune since 1981 and has won three Daytime Emmys for “Outstanding Game Show Host”. Alex Trebek has won four Daytime Emmys and hosted over 14 game shows including High Rollers, Classic Concentration, and Double Dare (the CBS version). Trebek is current host of Jeopardy and has been hosting the show since 1984. The clip below shows a short excerpt of Wheel of Fortune showing a clip from Pat’s acceptance speech from the Daytime Emmy Awards show. 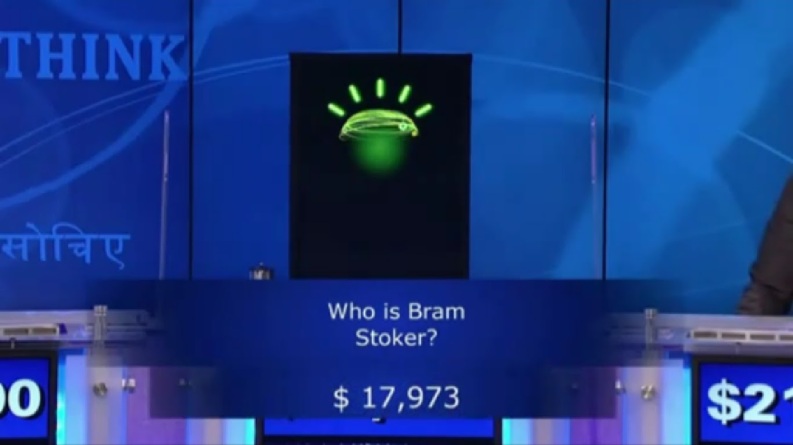 The most memorable game show moment of 2011 is, without a doubt, the Jeopardy! IBM Challenge. This historic three-day event took place at the T.J. Watson Research Center in Yorktown Heights, New York from February 14 until February 16, 2011. The three contenders in this contest were Jeopardy super-champions Brad Rutter and Ken Jennings, and Watson, the IBM supercomputer. Click here to check out my article on the full recap on the IBM Challenge. At the end of the two-game series, Watson dominated over his competition with his final total of $77,147, while Ken Jennings placed second with $24,000, and Brad Rutter came in third place with $21,600. Ken and Brad may have put up a good fight, but the engineers and scientists at IBM put up a better one with the creation of Watson. The clip below features Watson in rare form, answering a “Final Jeopardy” clue incorrectly:

I hope you have enjoyed this week’s article and all the articles this year from “The Blog Is Right”! There will be more articles to come next year in 2012! See you then!

**All screenshots have been taken from the actual episodes of the title shows. No ownership is implied.**