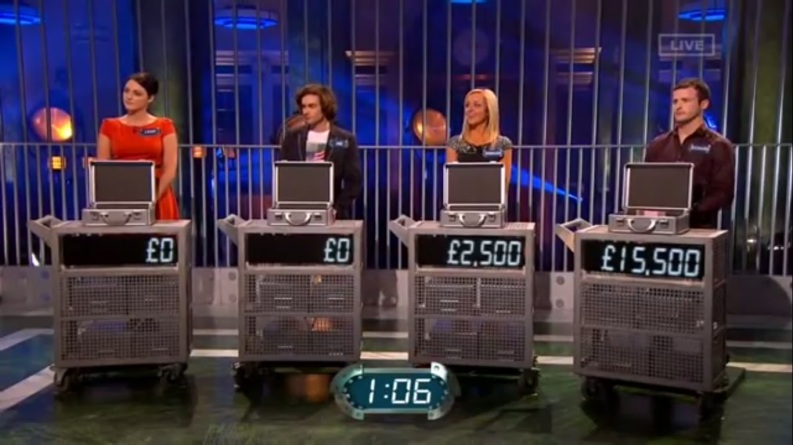 The U.K. has been in a rut with producing new and successful primetime game shows that will last for more than a season. With the arrival of the new live primetime game show The Bank Job, I believe that the U.K. has regained their composure of producing good and new primetime game shows. Even though The Bank Job is like Deal or No Deal mixed with trivia and this show has done a good job of not blatantly ripping off Deal or No Deal. On a quick side note, it’s very interesting to see how many game shows nowadays are using Deal or No Deal’s random number-picking, cash revealing gameplay as a part of their show, such as Secret Fortune and You Deserve It.This show has good gameplay filled with risk, knowledge, strategy, luck, and twists in every round to avoid stagnation in the show’s format. With this being said, there are a few things about the show that I don’t like. 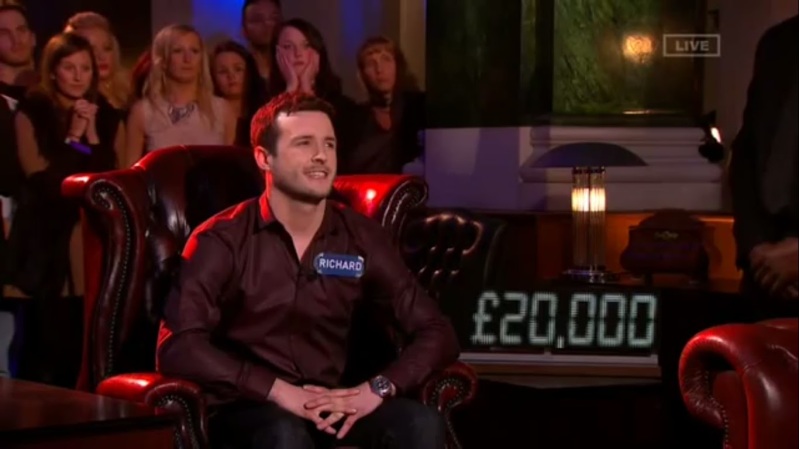 The overall flow of the show is slow. Certain elements can be removed from the show to speed it up, like the contestants’ gameplay style bios and the contestants walking out of the vault and sitting in the danger zone/waiting lounge. Instead of doing that, the contestants should be able to simply freeze, close their case, and just simply watch the other contestants play while still in the vault. The Bank Job could be easily billed as a fast-paced trivia game show with these changes, and needs to drop the “Hollywood heist” bit. The show is also filled with multiple errors and restarts when it’s filmed live and will probably serve better as a pre-recorded series, airing on a weekly basis. The show’s host, George Lamb, is average at best and has tendencies to slow the show’s pace down by reinstating certain rules over and over again unnecessarily. 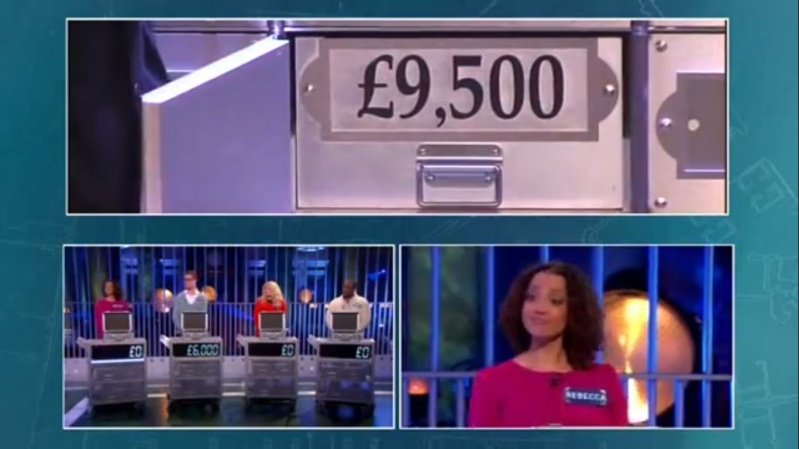 Overall, The Bank Job is a good competitive, high stakes game show that deserves a second week to run. This show needs to fix the reoccurring problems that often happen on the show, like the clock stopping and starting at the wrong times, and the gameplay needs to be faster for a show like this.

Check out all the episodes from the first week of The Bank Job on YouTube!

**All screenshots have been taken from the actual episodes of The Bank Job. No ownership is implied.**