In order to make game show with a “dual-lead host” format work, both hosts have to be interesting and must balance each other out. I have seen game shows that have made the format work, like Win Ben Stein’s Money, and some that could have done without, like The Better Sex. The dual-lead hosts element works well with Trust Me, I’m A Game Show Host. D.L. Hughley and Michael Ian Black complement each other well with their great chemistry and by making jokes while sticking to the script and carrying the show well without one outshining the other with a strong and opportunistic comedic personality. I also like how the hosts fill the extra time with supplying the contestant with additional information for each fact to help the contestant make their decision of the true and false statements, instead of filling time with extraneous and useless banter. As far as the gameplay is concerned, the main premise is clear-cut and simple, similar to Balderdash: seek the true facts and avoid the lies. The game has a good blend of trivia and comedy and the questions are challenging and obscure enough for anyone to play along at home without making you feel less intelligent as if you were watching a show like Jeopardy!. I’m glad the producers stuck with the half-hour format as opposed to dragging each episode out with an hour-long format. I am also very surprised and relieved to see this show not utilize a lot of stereotypical tropes of today’s primetime game shows including pointless “lifelines” or involving a small group of the contestant’s friends and family members as a regular part of the show as you may have seen several times on the NBC version of Deal or No Deal. As good as the show’s format is, it could be improve in multiple areas.

Bonus Round: Because of the show’s solo-player format and fixed grand prize, the buildup to the $20,000 bonus round is anticlimactic since there is no surprise as to who will be advancing to the final round and the viewers already know how much is at stake in the round. These factors will not want to prompt viewers to tune in for the entire show since they will be playing for the $20,000 regardless. At least with other solo-player game shows, like the syndicated version of Are You Smarter Than A 5th Grader and The Chase (multiplayer-solo format), there is a reason to stay tuned throughout the entire show since the contestant’s front game performance will determine how much they will be playing for in the bonus end game.

The bonus round could also be more interesting to watch if there was more at risk, whether it is within the grand prize or the contestant’s winnings. The round could be altered to where removing a lie (up to three) from the bonus board would cost the contestant half of their Trust Fund winnings or $5,000 could be taken away from the grand prize bank for each lie they want to remove.

The Audience Poll: This aspect was not shown until the final question during the main game. The audience poll would be a better fit to the show if the producers were to insert this feature at least three times a show, including the bonus round to see how well or poor the contestant’s judgment is based on his or her answers.

Multiplayer?: While the solo-player format works for this show, it would be interesting to see how this show would work with two players competing in the main game. At least this element will pique the viewers’ interest for the entirety of each show and something to look forward to at the end of the show.

Category Choices: The creative and comedic categories would serve a better purpose if the contestant were presented with a selection of about five or six categories during the main game along with a choice of a two or three categories during the bonus round. Otherwise, the sole reason of the bizarre and sometimes suggestive category names is to add more humor to the show and give the hosts an opportunity to come up with a funny and clever one-liners. 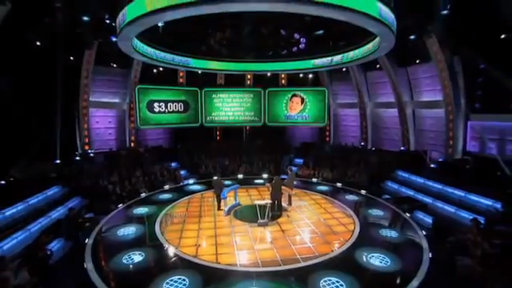 Overall, for TBS’s second game show, Trust Me, I’m A Game Show Host is a good fit for the network’s “very funny” comedy-themed schedule. I’m not sure how well this show will fare ratings-wise given its 10:30pm timeslot and it being matched up against popular returning Fall shows. But, the timeslot for Deal With It worked enough for it the network to renew the show for a second season; so, we will see what happens. Considering this show is executive produced by Mark Burnett, who is more popularly known for producing successful reality shows including Survivor, The Voice and The Apprentice, his track record for game shows proves otherwise for the most part (Are You Smarter Than A 5th Grader [5 total seasons; 3 FOX, 2 Syndicated], Amne$ia (1 season), My Dad Is Better Than Your Dad (1 season), Our Little Genius (Cancelled before any episodes aired). Although I believe this is a good series for TBS to accommodate game show viewers for the Fall and Summer television seasons, I believe this show will fall in the category of Burnett’s “one-hit”, one-season wonders. As far as TBS game shows are concerned, at least with Deal With It, the show was ranked among top 15 cable shows viewed by Adults 18-49 for at least four consecutive weeks, including the premiere*. The premiere of Trust Me, I’m A Game Show Host did not even crack the top 50 cable shows among the key demo.

**All screenshots have been taken from the actual episodes of  Trust Me, I’m A Game Show Host. No ownership is implied.**

*Source: TV By The Numbers