Premise: The contestant begins the game by selecting one of 26 briefcases, which contains dollar values ranging from 1¢ up to $1 million. In each round, the contestant must eliminate a certain number of cases which do not contain the value of their selected case. The elimination rounds are as followed: R1: 6 cases; R2: 5 cases; R3: 4 cases; R4: 3 cases; R5: 2 cases; R6-9: 1 case. After each round, the Banker provides the contestant will a cash bailout offer in lieu of ending the game and selling the case to the Banker. 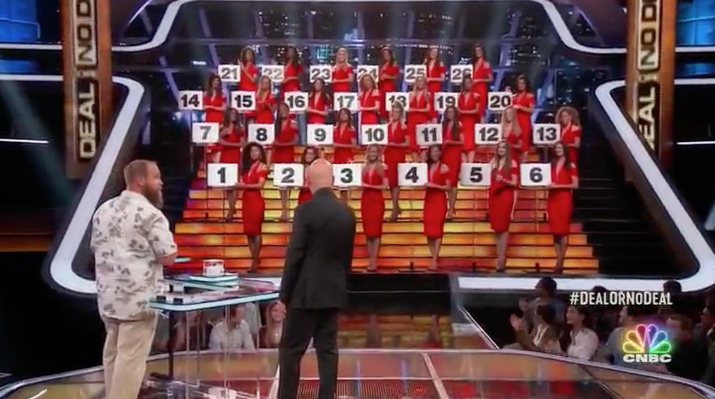 Review: My feelings about Deal or No Deal, essentially a reverse-engineered version of Treasure Hunt, are quite conflicted. When the luck-based, briefcase-laden game show first hit the US airwaves in 2005, I’m not going to lie – I was instantly hooked. I even received the larger electronic version of the game for Christmas a couple of years after the show premiered. Aside from the game simplistically designed for anyone to play with ease, I suppose what attracted me to the series the most was the thrill of searching for and eliminating the lower, left-aligned dollar values on the Big Board while nervously evading the massive money amounts and facing relatively tough decisions and deals in the latter half of the game.

My interest for the show began to wane midway through the series when the show became noisier and more gimmicky. Some of the desperate, ratings-grabbing stunts included multiple Million Dollar Missions – special episodes where more than one million-dollar case was added to the board eventually leading to over a third of the cases containing $1 million, celebrity cameos, the Banker enticing contestants with alluring bonus prizes like a new car and a contestant playing against a monkey. It gradually became a game show that wreaked of desperation to give away its seven-figure top prize to the point where it was willing to blatantly spoil the fact that someone would win said prize in an early promo for its fourth and final season in primetime. To date, the primetime series has yet to give away its $1 million top prize without featuring more than one million-dollar case in a game.  I suddenly became a hardened skeptic of the series (at least the American version anyway) considering contestants had a chance to win a handsome sum of money from the start for doing such little work and each game was unnecessarily stretched to fill the entire hourlong time slot in addition to the aforementioned problems.

However, watching this show nearly a decade later made me realize why audiences fell in love with the show when it originally aired: it’s not a game show; it’s more of a human interest reality show with gameplay elements. Similar to series like Fantasy and This Is Your Life, each episode is designed for contestants to fulfill their wildest dreams by winning hundreds or millions of dollars in cash and is specifically tailored for each contestant to have their own personal experience with their close friends, significant others and relatives supporting them almost every step of the way as they traverse their way through the emotional roller coaster of each game. While the format is not optimal for play-along interactive viewing, the show is still very engaging for a variety of audiences to enjoy with several moments of excitement, dramatic and sudden shifts in gameplay, surprises and spine-tingling suspense. 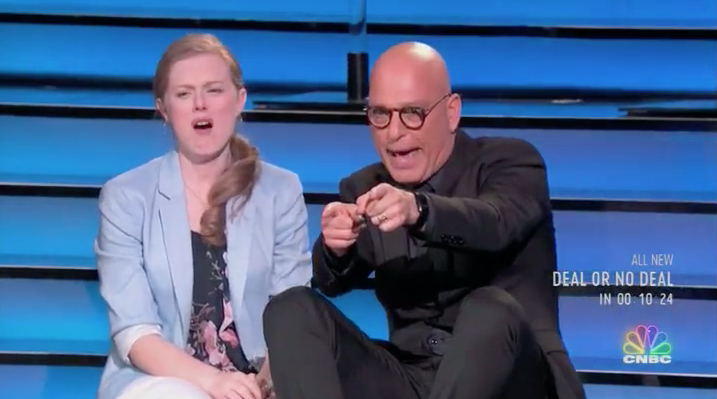 Similar to Geoff Edwards on Treasure Hunt, Howie Mandel is the master of building tension, suspense and setting the mood during the most crucial and pivotal moments of the game. Mandel is still doing a fantastic job of hosting the show nearly 10 years later.

The revamped version slightly improves the show’s play-along factor thanks to the new Counter Offer twist. This adds a new dimension to the game that gives it less of a unidirectional interaction between the banker and the contestant. The Counter Offer is also a great test of contestants’ negotiating and haggling skills, although they only have one chance to strike a deal that curries more in their favor.

In addition to the new Counter Offer, along with its terrific penalty rule of forcing contestants to open another round of cases upon a rejection to their displeasure, the other new features I have appreciated while watching the 2018 revival are how wonderfully diverse, vocal and involved the models are this season, the updated set including using a smartphone for the Banker’s hotline, abolishing the swap cases option at the very end of a game which subtly changes the psychological aspect of the game and makes choosing the initial case even more crucial in the long run, and how the think music cues between rounds are more intense, serious and pensive. Regarding the new banker, I applaud the show’s efforts in attempting to be more progressive by selecting a hard-nosed, no-nonsense female banker.  However – at the risk of being contradictory, I believe they ultimately fall short in their hollow efforts of making this change considering Deal or No Deal still utilizes 26 female models as essentially glorified personified props to unnecessarily boost the show’s sex appeal. 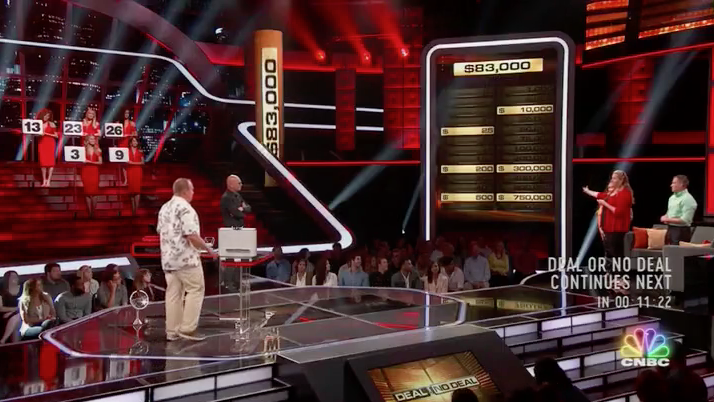 While the show still has its fair share of cheesy and excessive gimmicks that will make you roll your eyes multiple times, for those viewers who were fans of the original version, Deal or No Deal is still the fun game of high stakes, high risk, tough decisions and timing as it was when it debuted in 13 years ago on NBC with excellent upgrades and fits well enough into CNBC’s big money business-centric programming lineup. It’s a great way to spend an hour if you are interested in watching an uplifting, feel-good game show. Although I don’t believe the show will garner the same popularity and fervor as it had back in its prime, I predict we will see more of Deal or No Deal on CNBC next year with at least one season renewal.